Here are the takeaways from July’s inflation report 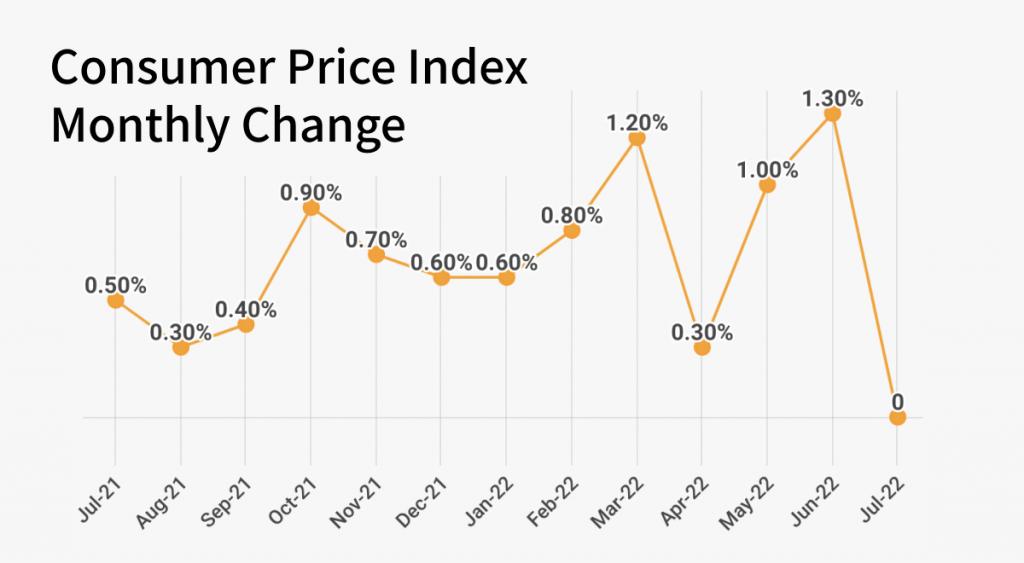 July’s Consumer Price Index (CPI)— a broad measure of consumer price for goods and services — was released yesterday, and the numbers were better than expected.

There are signs prices are finally easing, but inflation is still running strong — especially if you exclude volatile gas prices.

Falling gas prices carried the price decline. The core CPI — which excludes gas prices — increased 5.9% from a year ago, flat from the previous report.

Market impacts: The market ripped up yesterday in response to the CPI report as investors expect the Fed to slow interest rate hikes sooner on the new data. But some say it’s too early to be cheering.

Lebowitz thinks the Fed could change course if we see more weakness in the economy, labor markets and financial systems.

The Fed already raised interest rates by 0.75% twice in the past two meetings. The big question is, will they raise by 0.50% or 0.75% in the September meeting? After yesterday’s report, the odds flipped in favor of a 0.50% rate hike.