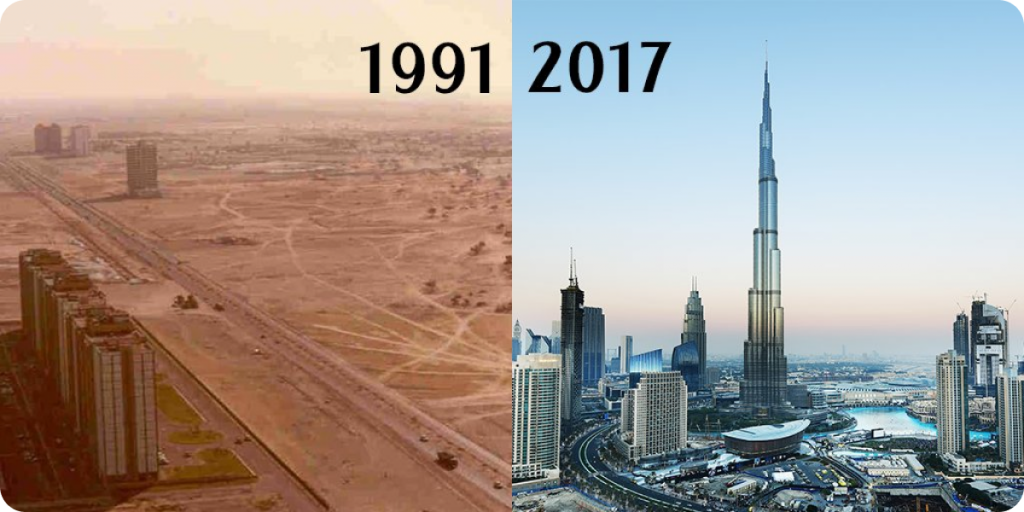 Dubai is one of the most interesting cities in the world.

The most populous city in the United Arab Emirates (UAE) is strategically centered between Asia, Africa and Europe.

Expats love the country. So much that they make up 90% of its population.

They owe it to Dubai’s extremely business-friendly environment — and government policies that promote trade.

The country even shifted its Islamic Friday-Saturday weekend to Saturday-Sunday to match Western countries.

The numbers speak for themselves:

Thanks to early vaccination, the city became a center for tourism and remote workers. But it’s not all business. Emiratis know how to party, and they’re even striving to become “the happiest place on earth.”

Dubai announced a massive $8.7T economic plan to achieve those goals. It’s all part of the country’s plans to diversify away from oil and gas — which make up ~30% of their GDP.

Bet you didn’t know: Global investors can access Dubai’s stock market through the iShares MSCI UAE ETF (NASDAQ:UAE) — which was down 5.4% in 2022. Still, their economy relies heavily on the Energy Sector where prices have significantly declined in recent months.