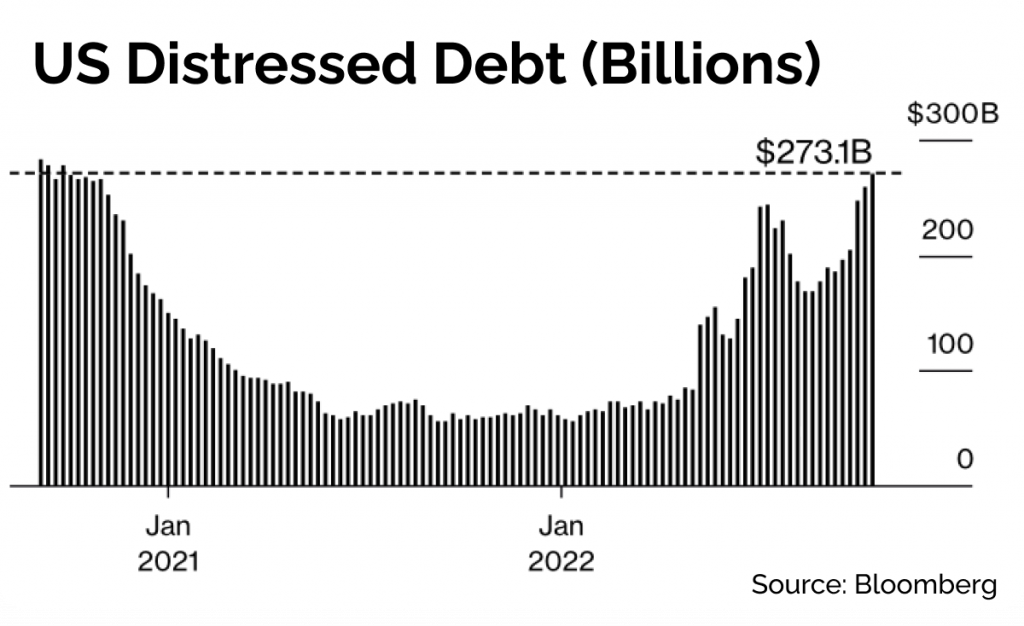 Despite all the recession talk in 2022, bankruptcies were largely absent. That is… until December.

The concern is rising that more companies will default on debt payments – leading to more bankruptcies.

Why’s this happening? Rising operational costs and declining profits have been major concerns in 2022. Increasing interest rates adds another pressure point: The rising cost of debt.

Two companies are already starting the new year off with a bang.

1/ Meme stock Bed Bath & Beyond (NASDAQ:BBBY) had a major run in early 2022 — but started 2023 with bankruptcy on its mind. Behind the army of traders was a business that had declining sales, increasing losses and a growing debt balance.

And results from December — the most important time of the year for retailers — isn’t expected to be much better.

2/ Party supply retailer Party City (NYSE:PRTY) is also preparing to file for bankruptcy in the coming weeks, according to WSJ. With $PRTY 98% below its 2021 peak, it seems like a rebrand is in order: Party City.

Per international law firm Clark Hill, the retail sector is among the industries most at risk of bankruptcies — including auto, aerospace and healthcare.