Will the Fed screw up interest rate hikes? – The Average Joe

Will the Fed screw up interest rate hikes? 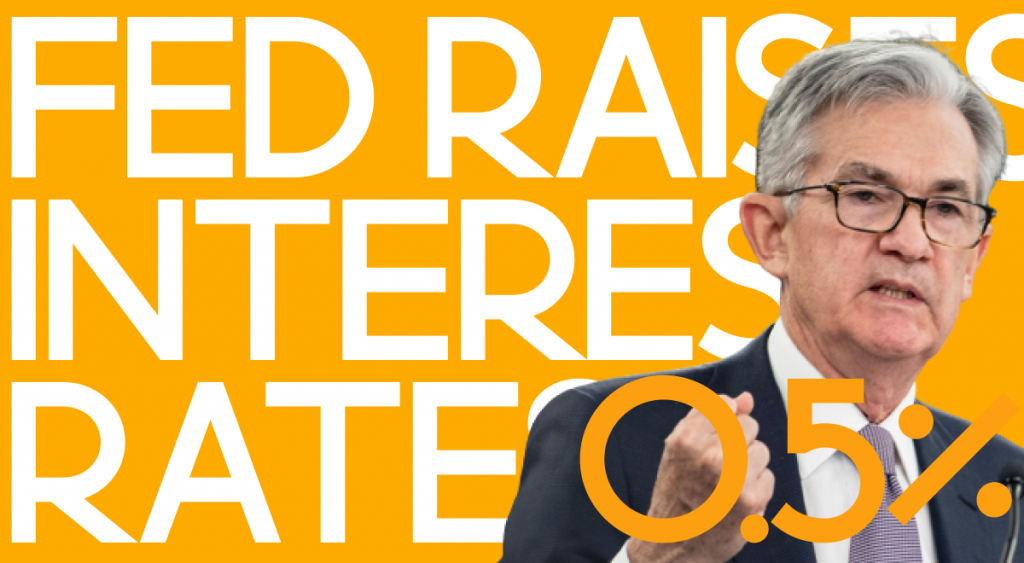 The Fed has officially announced an interest rate hike of 0.50% — confirming what the market had expected. But what matters for investors is the Fed’s post-meeting comments…

What’s the big deal? Many argue that the Fed acted too late and should have raised interest rates earlier to bring inflation down.

Right or wrong, the Fed has a tough job ahead — trying to cool inflation without triggering a recession.

Researcher Lyn Alden (Twitter) thinks the Fed will “Tighten until something breaks.” Not a lot of faith out there.

Thank you, JPOW: Powell’s post-announcement comments were enough to send the S&P 500 up 3%.

The Fed will also begin offloading its $9T balance sheet on June 1.

Looking forward: Some analysts believe inflation has already peaked — and will fall “sharply.” Investors will find out on the next CPI report released on May 11— which will help dictate how fast the Fed moves with raising interest rates.