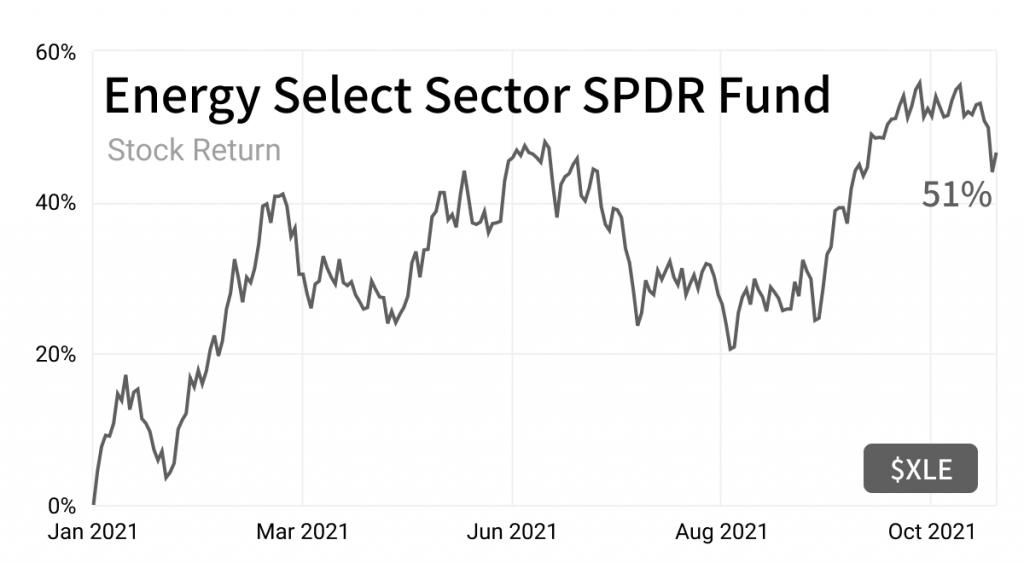 Biden is releasing 50M barrels of crude from the Strategic Petroleum Reserve — in coordination with Britain, China, India, Japan and Korea — for the first time in a decade.

What’s the big deal? In 2021, short supply and high demand led to surging oil prices — making energy the top-performing sector of the year. But high oil prices are a problem for consumers and businesses — which is also contributing to high inflation.

The release of strategic supplies is Biden’s latest attempt at lowering high prices, after several failed ones…

Biden has limited options and releasing reserves was a last resort.

Dicey situation: Instead of falling, the price of oil jumped after the news. In the long-term, it’s uncertain whether the release will impact pump prices:

Looking forward: The next OPEC+ policy meeting is on Dec. 2, and if they decide to hold back oil production, oil prices could be in for another move up.