America’s housing shortage is getting better, and also worse – The Average Joe 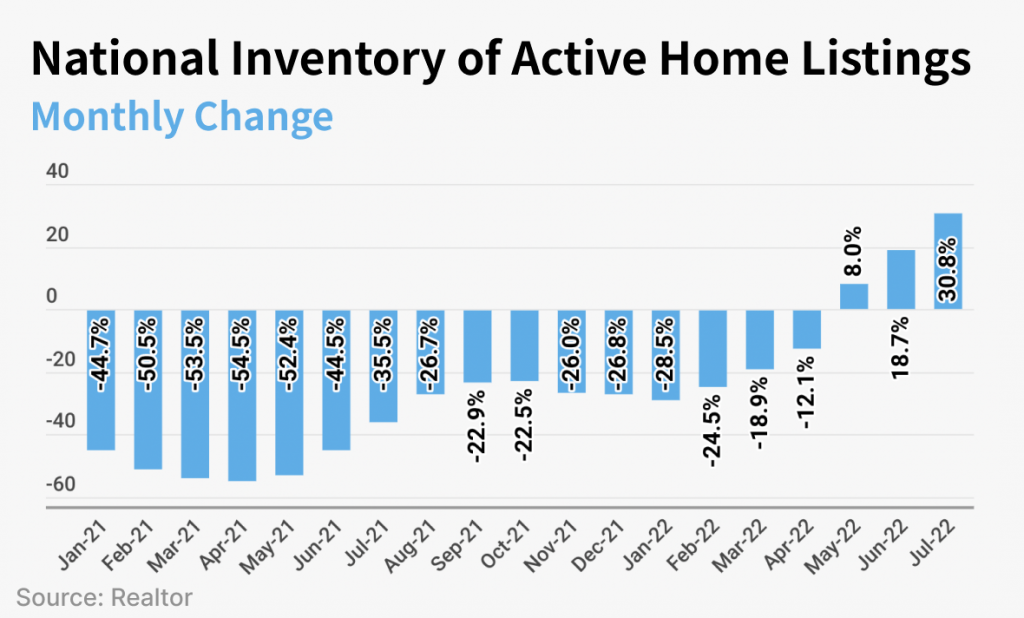 The U.S. has been dealing with a housing shortage that drove up home and rental prices. But recent data shows rising rates are impacting home sales — a sign the housing market is cooling.

Per Realtor’s July housing report, the national inventory of active listings rose 30.7% compared to the previous year — the highest increase ever. Traffic to homebuilder websites fell to the lowest level since 2012, and homebuilders are finding themselves stuck with unsold inventory.

Worried about a recession, builders are trying to offload inventory while slowing the pace of new home construction.

Where it gets worse…

Rising rent is a big issue as median U.S. rental rates in May passed $2,000 for the first time ever.

Demanding action: Earlier this week, a coalition of tenant unions called on Biden’s administration to declare a state of emergency on housing. The group wants urgency in regulating rising prices — similar to the administration’s urgency in dealing with gas prices.