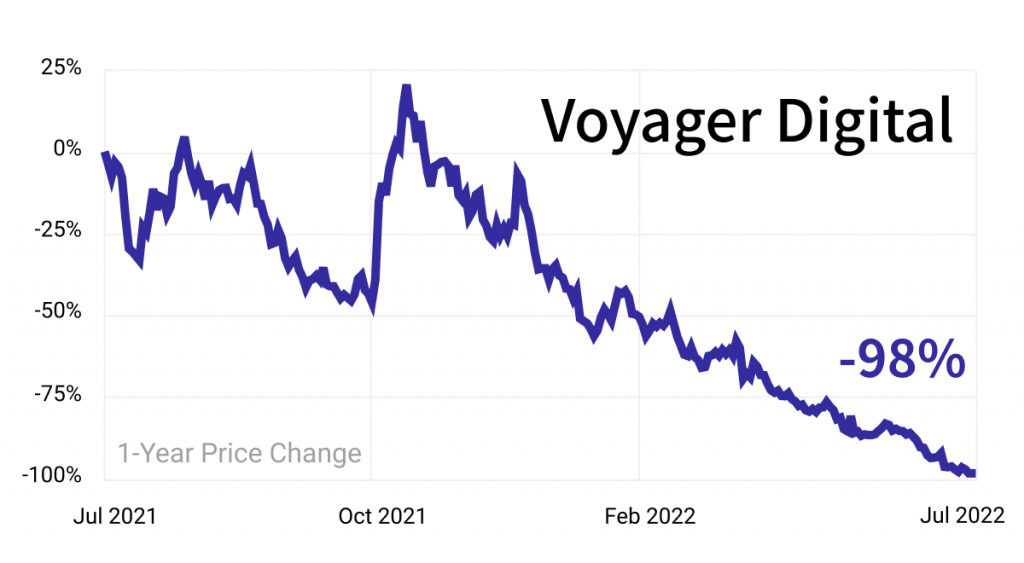 What’s the big deal? There was a lot of shady sh*t going on behind the scenes of Voyager, which came to light in recent weeks. Well-known banking commentator Frances Coppola shared her thoughts in a post, stating:

What this means for customers: Voyager is restructuring the company to pay back lenders and customers, and most will lose money. Voyager owes between $1B and $10B to more than 100,000 creditors.

Voyager said customers with USD deposits will be able to access funds after a “reconciliation and fraud prevention process is completed with Metropolitan Commercial Bank.”

The crypto contagion is still unraveling, with many firms still stuck in limbo. Celsius Network, Babel Finance and Vauld have suspended withdrawals, and it’s uncertain how many more will follow suit.