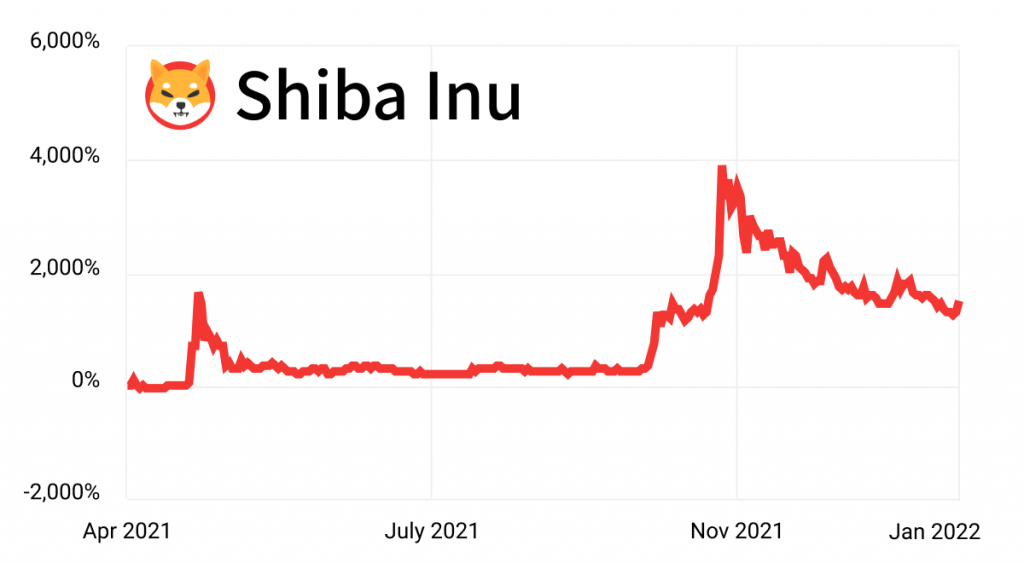 What’s the big deal? Adding Shiba would give over 9.5M investors on Robinhood’s crypto platform access to the memecoin.

Back in November, Robinhood’s COO dismissed the idea of adding Shiba — despite over 555K people signing a petition  to have it listed.

Given the lack of available tokens, investors rushed to competitor platforms like Coinbase (NASDAQ:COIN). This may push Robinhood to reconsider their November stance.

Meme game: In 2022, investors rotated between different meme coins — starting with Dogecoin ($DOGE), then to copycat tokens like Shiba Inu ($SHIB), Floki ($FLOKI). Seems like the crypto community has an obsession with dogs — the latest being Baby Doge Coin ($BabyDoge) — which is up over 200% in the past month.

Unlike other cryptocurrencies which have a project behind it — memecoins are primarily a speculative investment. Their value is based on its “community”, social media sentiment and legions of random Telegram groups pumping it up.