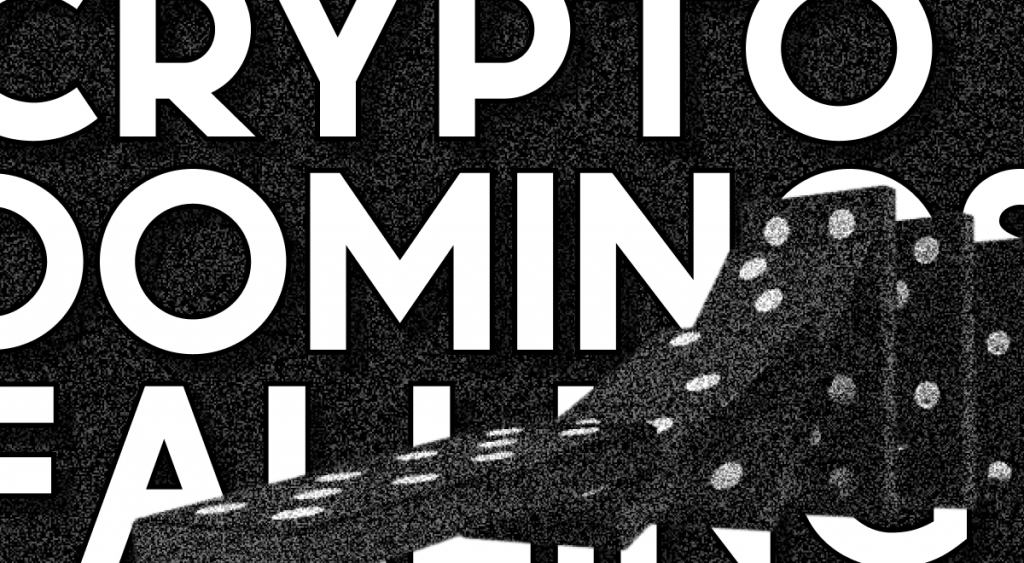 Major crypto platforms and funds are unraveling, and the domino effects are having a big impact on the market. Here’s what this means and how markets can get even worse…

The big risk in the market…

Cascading effects from margin calls and liquidations. Here’s what this means and why it matters:

MicroStrategy has lost $1B+ on its $3.9B Bitcoin investment. This week, it was reported that MicroStrategy was facing a margin call — which CEO Michael Saylor denied.

Skeletons are coming out of the closet

The crypto dominos are falling — and each is triggering more selling. Falling crypto prices tipped the first domino over…

Domino 1: In May, major crypto protocol Terra Luna blew up and destroyed over $50B in market value.

Domino 2: On Sunday, Celsius froze customers’ withdrawals due to “extreme market conditions” — putting billions of customer funds in limbo. Celsius hired restructuring lawyers and brought on Citigroup to advise on the next steps.

Domino 3: On Wednesday, Three Arrows Capital (3AC) — a prominent crypto hedge fund with an estimated $10B in assets at market peak — reportedly faced $400M in asset liquidations by its lenders.

Finblox, a smaller Hong Kong-based competitor to Celsius, said it was pausing rewards distribution and capping daily withdrawals on its platform.

The impacts from dominos two and three could have big impacts on the rest of the market.

Although Celsius hired restructuring lawyers and brought on Citigroup to advise on next steps, the outcome is still unknown as billions in customer deposits are still frozen.